Cover of the first volume tankōbon

139
Mahou Shoujo Site (魔法少女サイト), Mahō Shōjo Saito?), also known as Magical Girl Site, is a manga series written and illustrated by Kentaro Sato. It is published since July 4, 2013 in the magazine Champion Tap! of the Akita Shoten, and then moved to the magazine Weekly Shōnen Champion from the same printing company in 2017, being compiled in 16 volumes tankōbon until October 8, 2019. The series is a spinoff of Mahou Shoujo of the End.

On September 8, 2017, an anime adaptation of production dóA was announced in the magazine Bessatsu Shōnen Champion. It is broadcast from April 6, 2018.

A spin-off series of Kentaro Sato and Toshinori Sogabe, Mahou Shoujo Site Sept, took their place in the Champion Tap magazine! on October 26, 2017.

Aya Asagiri is a middle school student who has problems at school because of bullying and at home because of her brother's physical abuse. While browsing the web, a website showing a terrifying person suddenly appeared. This person seems to feel sorry for her, and announces that she will give Aya magical powers.

Then, she is cornered by the bullies at school, and with nothing to lose, she fires a weapon that mysteriously had appeared in her locker earlier that day. The shot makes the bullies disappear, but to her horror she discovers that they had been run over by a train.

Aya feels that she killed them, and is confused to see that now she has long red hair and eyes that cry blood. Then she discovers that she is not alone when one of her classmates reveals that she is also a Magical Girl.

Aya learns from the Magical Girls, and from the power she has acquired from her new friend who offered her help. Although the two girls can not explain why there is something that looks like a countdown on the website, and they fear it's a bad thing.

Click on the images to see information about the volumes. If you are in the mobile version of the wiki, click here.

Volume 8
Add a photo to this gallery

Volume 16
Add a photo to this gallery 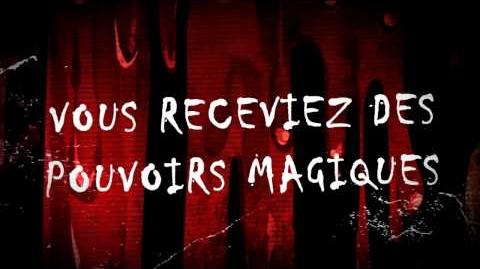 Magical Girl Site - La bande annonce
Promotional trailer of the manga, by the French publisher Akata
Add a photo to this gallery

Translation of the Official Manga:

Retrieved from "https://mahoushoujo-site.fandom.com/wiki/Mahou_Shoujo_Site?oldid=17110"
Community content is available under CC-BY-SA unless otherwise noted.