What's on your mind?

Yeah We Do Miss Her Is In Heaven That Kaname Stabs Nijimi With That Sword For Having Fun Or Something New? Or They Thought Its Unexpected For Her That Everyone Miss Nijimi Is In Heaven I Love This Episode 9 So After That When Aya And Sarina Are Rivals And Rina Feels Bad For Aya And Tsuyuno Probably In The Future Or Something News When Chances There That's Great But If Its Not That's Okay So What Will Be?

I binged the entire anime yesterday because of a friend, and I'm in love! And I was wondering if a season 2 was cancelled. Thanks!

Edit: After some research, does anyone who where to buy the manga?

Go here to help me on the draft: 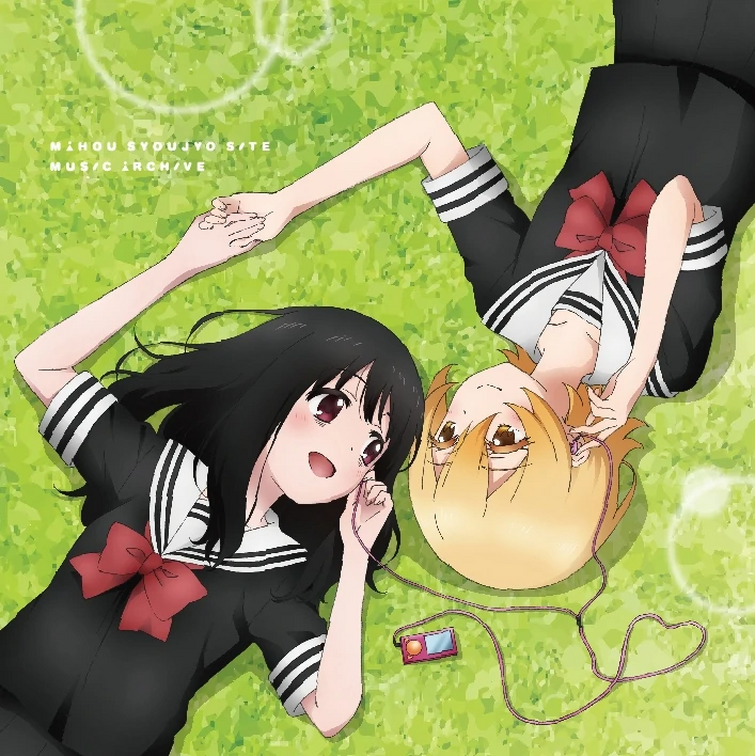 Hi! im a person who has watched magical girl site so many times since its my favorite anime, and I've been waiting for a season 2 for a few years now.

Of course i decided to look up if it will have a season 2, most articles confirmed it would and possibly a dub too.

After a few years of waiting, it got to my mind on why the magical girl site anime suddenly stopped?

Im trying to assume that the anime itself was not making enough revenue (Money) in order to make a season 2 because it wasn't as popular as the manga was, and i DID read some of the manga and i could tell why it was more popular then the anime itself.

Another reason on why i believed it stopped is because of how many people didn't like it much: like on youtube videos, people would say the anime was a low rating, and the manga a higher rating.

Another thing is it didn't have a higher viewership, which might have caused the anime company who MADE the anime to lose revenue (Lowering the budget of the anime itself.)

Not to mention the Blu Ray AND DVD sales. According to an Admin On this page for the helpful information, the DVD of the Magical Girl site series barely had 400 copies sold. Japans requirements in order to continue An Anime is If the DVD gets more then 4,000+ copies sold or it gets popular, which Mahou Shoujo Site failed to do because of all the negative criticism its been getting.

Now the question that comes to mind: why was there never a dub?

This question has my mind in the clouds, im assuming that the creators (who are Japanese) couldn't pay for dub voice actors because 1) the show didn't have the audience it needed, making it lose money and 2) they simply forgot about the show itself.

Another thing about how strange it was is that the show only ran for a few months, and they stopped running it for unknown reasons, which i do not have the answer for.

The fandom has died down and im not sure if anyone here is alive, but i hope this might've helped.

In all honesty the only thing that could've made this show successful is if it went OVERBOARD and I mean %500 FULL OVERBOARD with the razor sharp edge. Hear me out.

I know the first episode basically became a meme with its grimdark non-stop Aya torture. But maybe the very thing that brought on such a rocky first impression could've been the seeds for a cult following! The whole reason I decided I had to see the whole thing was that infamous first episode. I do agree with people saying the edge wasn't very meaningful and well-written, but I nonetheless became very interested because it stood out compared to other shows on tv. Kind of disappointed they immediately dialed down the edge. Still watched for cinnamon rolls.

I can't be the only one who became interested because of the episode 1 memes. Do you think season 2 would have a chance if it aimed for a cult following? Come to think of it most of the relatively few fans in the comments like to point out how dark the show is. Is it already a cult following?

In other, more well-known works of the mahou shoujo genre, i feel like that the antagonists or in layman terms, the villains, are evil ENOUGH but the heinous and atrocious acts that all of these young girls had to go through by the hands of others just seems like OVERKILL !!!!!!

Tell me something, guys and girls. Does anyone ever think that the creator of this manga feels DIRTY in making the Mahou Shoujo Site story ?!

I just finish watching Mahou Shojo Site and I felt in love in that anime but I have questions that I hope you can answer them.

Does Mahou Shojo Site going to have season 2 ? What happened to the tempest ? Who is Misumi (The man that catch Aya's big brother) ? and a lot more..........

Ive got a hobby in collecting raw screenshots (screenshots where there are no english subs) and ive noticed quite a few pages here could use a little growth, i was hoping i could become a admin to help out, im not entirely sure where i can do that though

Hi ! For the cummunity francophone of Mahou Shoujo Site :

Come help me to devlop it !

Thanks to the Mahou Shoujo Site Wiki Anglophone.

I pulled the presantation of the pages.

For now my Wiki is not very developed, and alone, it may be hard !

Sorry for the ad ! I hope you enjoy contributing to my Wiki ! :)

You have a great page but how do you know so much about the characters?

Damn it resurrection stick, where are you?

This weekend, they will review all the images uploaded to the wiki, possibly several images will be deleted and others will change their name, but they will be kept on the wiki.

Did kaname die after being shot?

When making a stick page DO NOT copy and paste the ability put on the owner of it, it doesn't make sense. Who is the he or she you are talking about? Confusing right? Make your own idea about the abilities and description of the stick page you are going to make.

Been watching the anime but curious to check out the manga especially as I heard its still continuing? I'm just curious where does the anime finish and the manga pick up exactly or has the anime not covered a lot of bits?